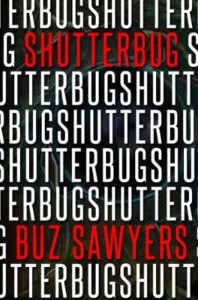 The Eric Hoffer Award for Books

Shutterbug, Buz Sawyers, Savant Publishing - The author keeps readers on their toes in this thrilling adventure about a Texas photographer who finds himself on the wrong side of a political scandal. Ex-thief, Brian Braun, spends his days making coffee table photo books to pass the time and resist the temptation to revert back to his old ways. A call from U.S. Senator Fagan, asking Braun to photograph his impending assassination, changes the photographer’s life. Brian’s photographic evidence of this high profile murder sends him on an adrenaline charged chase, trying to stay ahead of a private political assassination team. Follow Braun as he faces his moral conscious and decides if he’s going to dispose of what very well could be a record of history in the making.

“It’s sort of ironic that the color of a bean can determine a man’s fate… you know, living or dying in the next hour.”

For dedicated family historians, the fruits of their labor often take the form of scrapbooks or carefully penned family trees, lovingly passed down through the generations. For Sawyers, honoring the memories of his ascendant required no less than a masterpiece of a book. Letters, previously released under the title No Point in Dying Now, is the author’s debut novel, yet Sawyers writes with a confidence that any first-time author would envy. While his robust, yet polished style may be attributable to his background as a professor of creative writing, the fact that he is writing about his ascendant certainly lends itself to his well-developed characters and knowledge of the time period.

The author is the great-great nephew of James A. Durrett, Company—of the 18th Alabama Infantry, Confederate States of America (CSA). This story follows Durrett as a young, impressionable new recruit living through the horrors of America’s bloodiest conflict. Durrett’s experiences as a soldier of the South are complemented by the story of Harry Morgan of the Union’s Ohio 96th Regiment. Morgan maintains a reputation as a ruthless sniper with an accurate eye—a deadly combination.

As the narrative begins, the reader is introduced to Durrett as a 19-year-old veteran of the war, with three years of service already under his belt by 1865. Durrett has long since outgrown his naivety about the glory of war and now only ponders the pointlessness of death. At his position at Spanish Fort in Alabama, Durrett and his comrades in arms already understand that the South has lost and an official surrender is close at hand. Wrapped up in thoughts of death and worries for his torn-apart family, Durrett utters the words that gave this book its first title—”What is the point in dying now?”

The reader is also introduced to Morgan in 1865. Although the 18-year-old is widely recognized among his fellow comrades as a genius with a rifle, his social graces are lacking. Most are disturbed by Morgan’s sociopathic tendencies. Whereas Durrett joined the South’s cause for more noble ideals (his family did not keep slaves), Morgan simply wanted the opportunity to kill without repercussions.

From there, Sawyers’ work progresses to 1862 and proceeds to depict the earlier happenings in the conflict, moving between Morgan’s and Durrett’s stories. Far from being cumbersome; however, the jumps in time and place are woven together seamlessly to create an overarching picture of the war and those who fought.

Durrett, his cousin Henry, and his brother Tom, along with a few friends gradually turn into battle-hardened veterans. With each battle, Durrett becomes a better shot, yet he holds onto his morality and never takes pleasure in killing like Morgan does. Through the eyes of Durrett, the reader is introduced to the many different aspects of camp life—from the horrific surgical tents, to the tedium of camp chores, to the code of ethics the soldiers abide by.

Sawyers carefully crafts a story that makes the reader feel right in the middle of camp life. Sawyers brings the narrative to life with a dialogue that flows naturally and a great many small details, ranging from soldier’s slang to the dreaded black bean “volunteer” drawing. Soldiers who pick a white bean from the bag are lucky enough to have camp duty that day, while those who pick a black bean must risk their lives on the picket line.

Meanwhile, in the early part of Morgan’s story, he is itching to enlist, but his father refuses to allow it. Morgan finally discovers that his father, , is part of the Underground Railroad. After murdering two African-Americans who were involved, Morgan blackmails his father into letting him enlist. Although shunned by most of his fellow soldiers, Morgan finds a second home with the so-called “Devil’s Brigade,” a unit of fellow loners with homicidal tendencies. Sawyers does an excellent job of developing Morgan’s character, as well as Durrett’s. While Durrett actually meets a Yankee soldier in a neutral trading area and feels deeply saddened on his behalf, Morgan enjoys taunting his enemies and playing “games” with them.

As the narrative draws to a close, Durrett draws a white bean, while his cousin and friend draw black beans. Determined to stick by his fellow soldiers, Durrett immediately volunteers for picket duty. The result has deadly consequences, as Durrett and Morgan’s fates intertwine.

Throughout the story, the author remains highly dedicated to portraying the events in a manner true to the time period. He aptly depicts the chaos and confusion of the battle scene, then readily shifts gears to the everyday matters of camp life. Sawyers is equally at ease with describing the movements of troops and tactical fallacies made by officers as he is with revealing everyday problems the soldiers encounter. Rather than glorifying war, Sawyers addresses bravery and cowardice among soldiers with equal candor.

Sawyers’ story is well supported by his own collection of letters from his great-great uncle, James Durrett. He has included several of them in his book. A comparison of Durrett’s actual writings with the content of the book clearly reveals Sawyers’ dedication to keeping true to Durrett’s nature. At the conclusion of the narrative, the readers will enjoy reading more about what happened to him after the war and learning of the author’s exhaustive research efforts.

RECOMMENDED by the USR 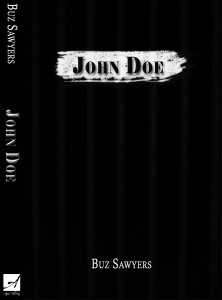 “I grabbed the bottle of Jack Daniels by the neck, an extra .38, along with a small .25 caliber, and ankle holster I kept in there, and then returned to my office.”

The smart-mouthed private eye has been a fixture in detective fiction for decades. Despite his stereotypical bad manners, salty speech, male chauvinism, and penchant for cheap suits and straight whiskey, this cocky character in his seemingly infinite incarnations has achieved an iconic and beloved status in the genre. Of course, most competent writers only use the type as a starting point for their protagonists, adding individual personality quirks and vices to make their characters memorable. Sawyers has done the same, beginning with the stock material of the jaded, ex-cop to create Harry Stumbaugh, a stocky, graying, and gimpy hero who is a worthy addition to the private investigator club.

Like in so many other books about hard-boiled detectives, the story starts off with a potential client coming to Harry’s office. Senator John Doe is in trouble. A supposed victim of amnesia, Doe has made quite a life for himself over the last twenty years since a bump on the head reportedly took away his memory. Now someone is attempting to blackmail him with information that claims to link the senator to an old unsolved robbery that resulted in two homicides. Harry is not sure he believes everything Doe is telling him or even that he can’t remember his past, but he is still willing to look into the matter. The $10,000 the senator is offering for him to take the case doesn’t hamper his motivation either. As Harry’s investigation progresses he begins to reveal a complex game that connects corrupt cops to crime bosses, but as he comes closer to the truth a sadistic killer starts to remove some of the key players from the board. Will Harry become one of his victims?

The author does an excellent job of recreating the feel and atmosphere of hard-boiled detective fiction, complete with the requisite strong language, grisly murder scenes, witty dialogue, and attractive women. Set in Dallas during the early 1950s, Sawyers meticulously describes the downtown area of the period, staging meetings in the legendary Adolphus Hotel and even having his private eye’s office in the recently-demolished Praetorian Building. He also tosses in an encounter with Jack Ruby and a few references to Lyndon B. Johnson to increase the sense of time and place. His detective is true to form, as well. Intriguingly, despite the fact that on the first page Harry is reading a Perry Mason novel, Sawyers’ detective is more like Earl Stanley Gardner’s other protagonist, Donald Lam, in personality than his famous lawyer character. Another classic element that the author makes sure to include in his story is the host of loyal friends that surround his detective. Ever since the days of the pulps, heroes like Harry have been supported by a cast of characters on both sides of the law that they have managed to help along the way. Harry’s sometimes rocky friendships with the Mafia boss Giovanni Gamboa, Detective DeRita, and Sam Wolfkill are all typical of the genre.

Sawyers’ background as a teacher of writing on the college level is obvious in his skillful handling of the plot and pace of his novel. The book’s well-developed atmosphere, engaging storyline, and likeable characters make it hard to put down.

To Contact Buz, you can email him at: buzsawyers@tx.rr.com