Texas State Senator John Doe, an amnesia victim from an accident twenty years earlier, is being blackmailed by the Mob for a crime of which he has no memory. The accusation? …The cold-blooded execution of two policemen. In a last ditch effort to save his political career, Doe hires a Dallas private investigator, Harry Stumbaugh, to dig into his past for the truth. Unfortunately, as Stumbaugh’s investigation into the senator’s past progresses, every witness he interviews ends up dead. With each murder,

the detective steps ever closer to answer the question on everyone’s mind: Is Senator John Doe a victim or a serial killer protecting his future political legacy? 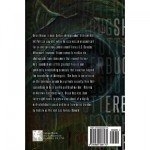